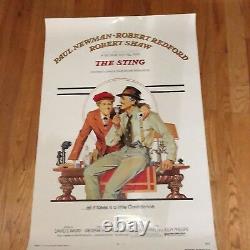 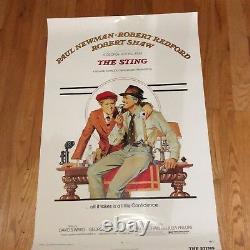 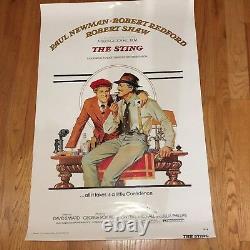 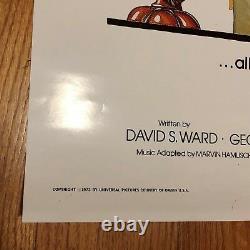 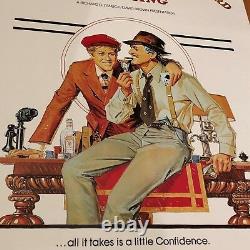 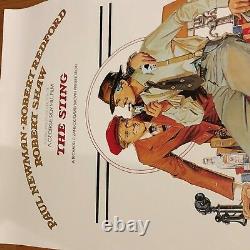 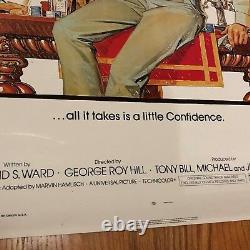 Original Vintage Movie Posters - Very Rare! I acquired these poster from an estate sale of an avid collector. They are very good condition. 5 of these posters were stapled to a very vintage movie room! They have been rolled and will be delivered to you very carefully and quickly!

One Flew Over the Cuckoo's Nest. Ferris Bueller's Day Off.

The Day the Earth Stood Still. The Shining - Jack Nicholson - The Shining - A Stanley Kubrick Film - Printed in England by J & W - According to Shelley Duvall the infamous'Here's Johnny! Scene took 3 days to film and the use of 60 doors. Based on the Shining by Stephen King. Released in England October 2nd, 1980 with a run time of 119 minutes. Movie produced in Estree Suddios in Borehamwood UK. Onc Flew Over the Cuckcoo's Nest - Original Movie Poster for Milos Foreman's 1975 classic staring Jack Nicholson. The film was the second ever to win all 5 major Academy Awards - Best Picture, Actor, Actress, Director and Screen Play. The Sting - 1973 - Vintage Theatre poster for the Paul Newman and Robert Redford classic - artwork by Richard Amsel.

The Matrix - Vintage 1999 intended for theatrical display - Take your self back to March 31 1999 "The Fight for the Future Begins". A computer hacker learns from mysterious rebels about the true nature of his reality and his role in the war against its controllers. "The world is a hoax, an elaborate deception spun by all-powerful machines of artificial intelligence that control us". On its release at the dawn of a new millenia a film that influenced everything from fashion, technology and how movies are made, introducing us to, Bullet-Time!

This is one of the rarest modern film posters there is. An original country of origin US one sheet movie poster from 1999 for the Wachowski Brother's ground breaking science fiction blockbuster "The Matrix". An instantly recognizable film poster from a "game-changing" movie.

Alien - Directors Cut 27 x 40 Original Foil-Mylar Movie poster. Numbered: Limited Edition Poster No 2164 of 5000 - The Scariest Movie Ever Made. Experience it only on the big screen. The Day the Earth Stood Still - Massively influential sci-fi classic by director Robert Wise.

The development of atomic weaponry has made humanity a threat to the stability of the rest of the galaxy. A humanoid alien named Klaatu arrives on earth in a flying sauce with his giant robot servant Gort. He is on earth to warn the nations of the world to desist or be destroyed. Clint Eastwood - #2858 1987.

The Godfather - Classic Movie poster. Pulp Fiction 10 cents - 1975 - The lives of two mob hitmen, a boxer, a gangster's wife, and a pair of diner bandits intertwine in four tales of violence and redemption.

I have been working hard to present you with some Amazing Deals. Add me to your Favorite Sellers. If everything isn't to your satisfaction, I go the extra mile to make sure you are happy!