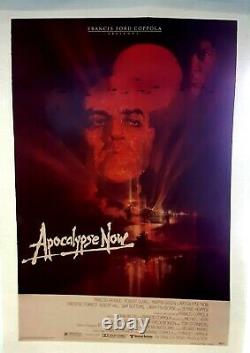 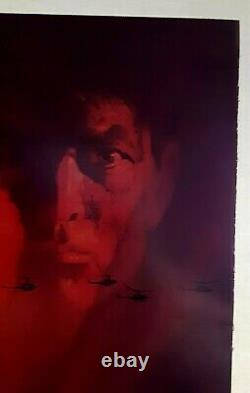 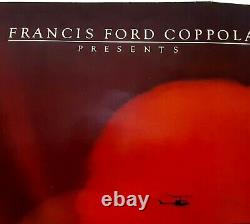 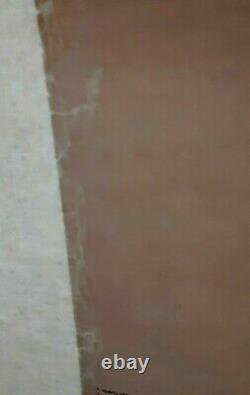 An Original 1979 USA One Sheet poster on LINEN backing, GOOD+ to VERY GOOD condition, rolled, and nicely back. Natural edgewear, Professionally backed with minor surface restoration of minor blemishes. Linen border is one to two inches outside poster border. Directed by FRANCIS FORD COPPOLA; co-written by JOHN MILIUS, novel by Joseph Conrad ("Heart of Darkness") TAGLINES : The Horror. " "I love the smell of napalm in the morning. Army officer serving in Vietnam is tasked with assassinating a renegade Special Forces Colonel who sees himself as a god.

It is the height of the war in Vietnam, and U. Army Captain Willard is sent by Colonel Lucas and a General to carry out a mission that, officially,'does not exist - nor will it ever exist'. The mission: To seek out a mysterious Green Beret Colonel, Walter Kurtz, whose army has crossed the border into Cambodia and is conducting hit-and-run missions against the Viet Cong and NVA.

The army believes Kurtz has gone completely insane and Willard's job is to eliminate him. Willard, sent up the Nung River on a U.

Navy patrol boat, discovers that his target is one of the most decorated officers in the U. His crew meets up with surfer-type Lt-Colonel Kilgore, head of a U. S Army helicopter cavalry group which eliminates a Viet Cong outpost to provide an entry point into the Nung River. After some hair-raising encounters, in which some of his crew are killed, Willard, Lance and Chef reach Colonel Kurtz's outpost, beyond the Do Lung Bridge. Now, after becoming prisoners of Kurtz, will Willard & the others be able to fulfill their mission?

VIEWER COMMENT : One of the best and most important movies ever. His movie changed the art of film making, telling a complex story in a powerful new way. The film mixes brutal realism with fantasy, intercutting a modern war with strange scenes full of technicolour smoke. The film uses music not as a score laid in later, but as a practical part of the scene playing from speakers, radios etc.

Coppola uses a classic piece of literature as inspiration, taking scenes and characters, and putting them into entirely different surroundings. That is a tricky and brave thing to do. Then he takes a superstar, Brando, pays him a fortune, and films him so that you can barely see his face. The pure guts that such a move requires is astounding, and it works beautifully.